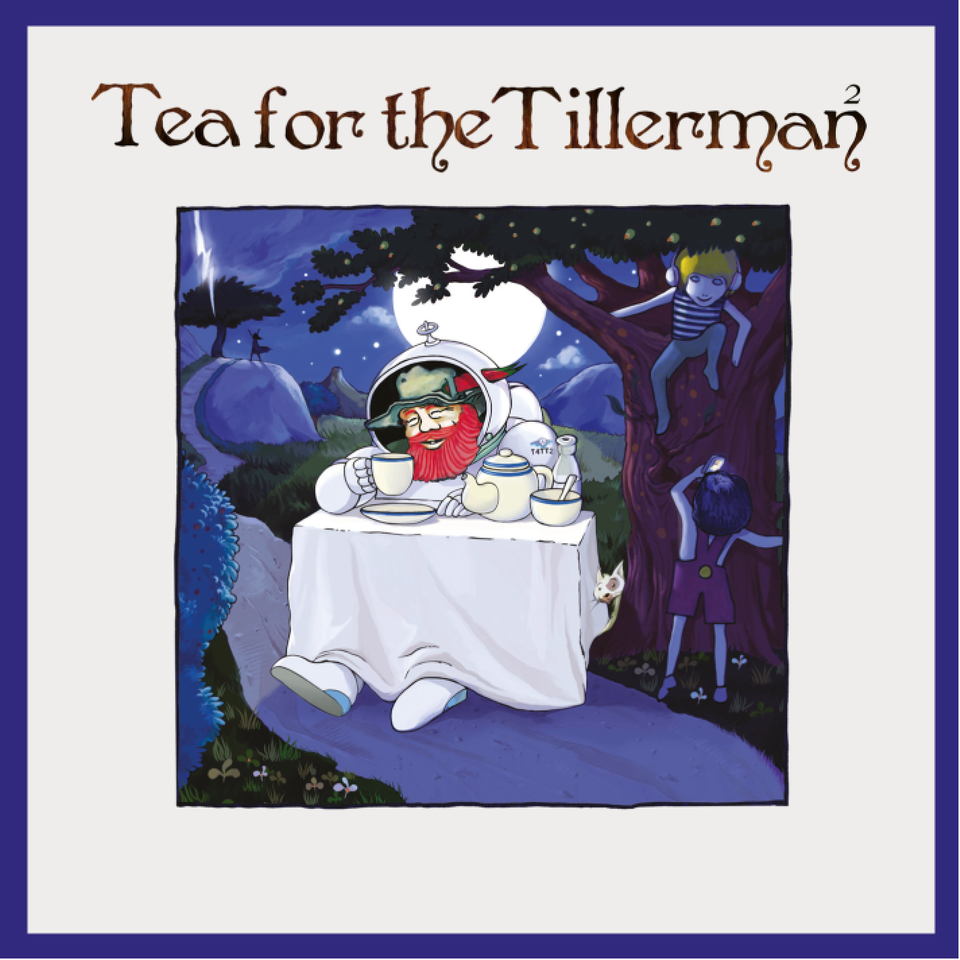 Hør singelen “Father And Son” HER

Mojo confirms that there is «tangible conceptual integrity across these beefier, richly detailed new versions», and the album is described as “a powerful way to track the passing of time» by the NME. Rolling Stone enthused, “The new renditions of the 11 Tea for the Tillerman tracks are not note-for-note recreations. In many cases, they are lusher than the sparse originals and some take surprising left turns, like a funkafied ‘Longer Boats’ featuring guest vocals from rapper Brother Ali. ‘Wild World,’ meanwhile, now sounds almost like a waltz. That said, Yusuf worked hard to maintain the same spirit of the originals.” Billboard exclaimed, “The reinvention upends many of the familiar arrangements, while staying blessedly true to the mission of the album—to explore life and oneself fearlessly” while Forbes hailed it as “a fascinating project.” American Songwriter declared, “the unmistakable, rich, booming voice of Yusuf / Cat Stevens is in fantastic form.” In a recent career-spanning profile, CBS Sunday Morning remarked about Yusuf’s timeless song “Father and Son,” stating, “In the achingly pointing conversation between father and son, the tracks were recorded 50 years apart, and both versions are perfect in their own way”. Watch the profile here. Stream and purchase the album here.

In 1970 Cat Stevens released Tea For The Tillerman, a musical masterpiece that is widely lauded as one of the greatest albums of all time. 50 years on and Yusuf / Cat Stevens, as he is now known, has re-imagined the album for a whole new age. The result, Tea for the Tillerman2, is a loving tribute to the original recording and demonstrates how the songs are able to transcend their own time and stay relevant in an ever changing and increasingly wild world.

The new album was recorded at Studio La Fabrique in the French Provençal countryside near to where Yusuf’s favourite artist, Vincent Van Gogh, painted many of his most beloved works. The sun bleached stones of the large farmhouse turned studio were bathed in the same hazy late-summer golden light that inspired the Dutch master as Yusuf drew from his vivid sonic pallet, conjuring images and moods to once again enrich the experience of his millions of fans worldwide.

For the recording of Tea for the Tillerman² Yusuf was rejoined by producer Paul Samwell- Smith and guitarist Alun Davies, who were both present the first time round. The team was completed by veteran session men Jim Cregan and Peter Vettese as well as Kwame Yeboah and Eric Appapoulay, mainstays of Yusuf’s live band for the last decade. The atmosphere was charged with a palpable electricity as one-by-one the classic songs were lovingly revisited like deeply cherished memories. Yusuf was in a confident mood and fine form as he decisively directed the ensemble towards his clear and defined vision. Some songs have been re-envisioned through a contemporary lens and others are total departures from the originals such as the desert blues version of ‘On The Road To Find Out’ – watch a striking visual collaboration between Yusuf and directors Kimberly Stuckwisch (Billie Eilish, Thundercat, MØ) and Melora Donoghue of Invisible Inc here – or the Argentine tango twist that has been put upon ‘Wild World’.

Perhaps the jewel in the crown is the new ‘Father & Son’ that sees Yusuf duetting with his 21 year old self. Yusuf now sings the father’s role while the son’s part comes from a 1970 recording made at the legendary Troubadour in Los Angeles. The effect of one man’s experiences, separated by half a century, united in song is deeply moving and brings a whole new level of meaning to the perennial favourite. The track is accompanied by a stunning stop-frame animated video from acclaimed director Chris Hopewell and Black Dog Films.

Indeed, the reworking of all of the songs only serves to illuminate the vast array of subtleties and nuances that are one of the reasons that they can be listened to again and again.

Yusuf has updated the album’s iconic artwork that he himself penned, using a flair for drawing that predates even his interest in music. Day has turned to night and the Tillerman now wears a space suit, simultaneously reflecting the distance travelled on his journey over the last half-century and the growing need for protection from the world’s deteriorating air quality. Timmy and Grady, the two boys playing in the adjacent tree, are now engrossed in their mobile phones and headphones, warning of how with all its new forms of connectivity, technology threatens to compromise our true human connections. Despite the world being a darker and more unforgiving place, the Tillerman calmly sips his beloved tea. Ever the optimist, he continues to await that happy day spoken of in the album’s title track.

The enduring success of Yusuf / Cat Stevens’ musical legacy is built on a myriad of factors but key among them is the uncanny ability he has to translate his vibrant imagination into musical form. Tea for the Tillerman is arguably the most effective and endearing example of

this process with its fully developed creative landscape inhabited by compelling three- dimensional characters. These become the means for Yusuf / Cat Stevens to impart wisdom and insights that were certainly beyond his young years in 1970 and, even now, seem to stand out as remarkably well-attuned to our complex and delicate world. The shockingly prescient ‘Where Do The Children Play?’ alone could have been written as a reaction to the dire ecological crisis facing us right now, with the 2020 reimagined version now matched by a deeply moving music video made in collaboration with Chris Hopewell and Black Dog Films, exploring the possibilities of waste-free music video production.

Elsewhere ‘Miles From Nowhere’ and ‘On The Road To Find Out’ document the search for meaning and thirst for adventure that will always be rites of passage for an eager soul. These are modern folk tales that will resonate with any open and receptive spirit and Yusuf is our humble yet expert storyteller, they are allegories for ours and all times. Ultimately, it’s the universality of the album’s underlying message of love and peace combined with its undeniable artistic brilliance that cements Tillerman’s place in history. It has already carved an indelible mark in the bedrock of popular culture and with this new version we are invited to once again witness its magic and mysteries by an artist who has spent the intervening 50 years fearlessly challenging the limits of his own understanding and insight.

Iron Maiden kommer til Norge med «The Future Past»